Another week has passed and development of Episode 2 (as well as the B-Sides) continues. Unfortunately, I was unable to deploy an update with the second unlockable side story this week due to some unforeseen circumstances, which I expect to carry into next week.

In the meantime. I'd like to introduce everyone to Or Ben-Mor. 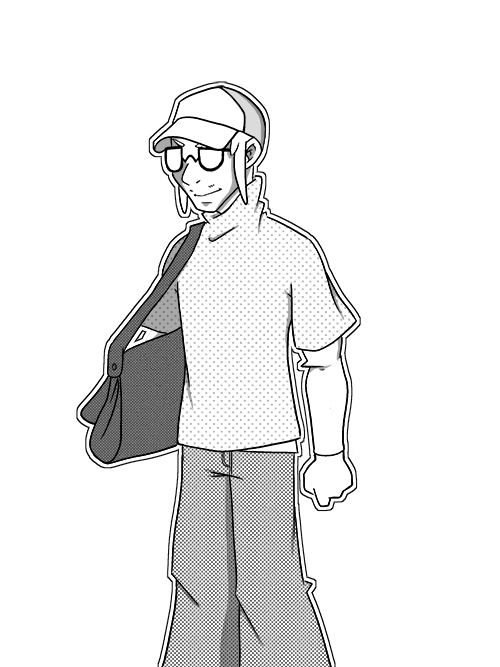 The resident hacktivist of the DEAD-END bar. Or's an intellectual with sub-par social skills. Very concerned about the amount of control that big companies have over the data they gather from the everyday use of commercial Spells and Enchantments. He never stays in one location too long otherwise, the government can pinpoint his location.

As usual, let me know what you think!

All the best,
Spritewrench.